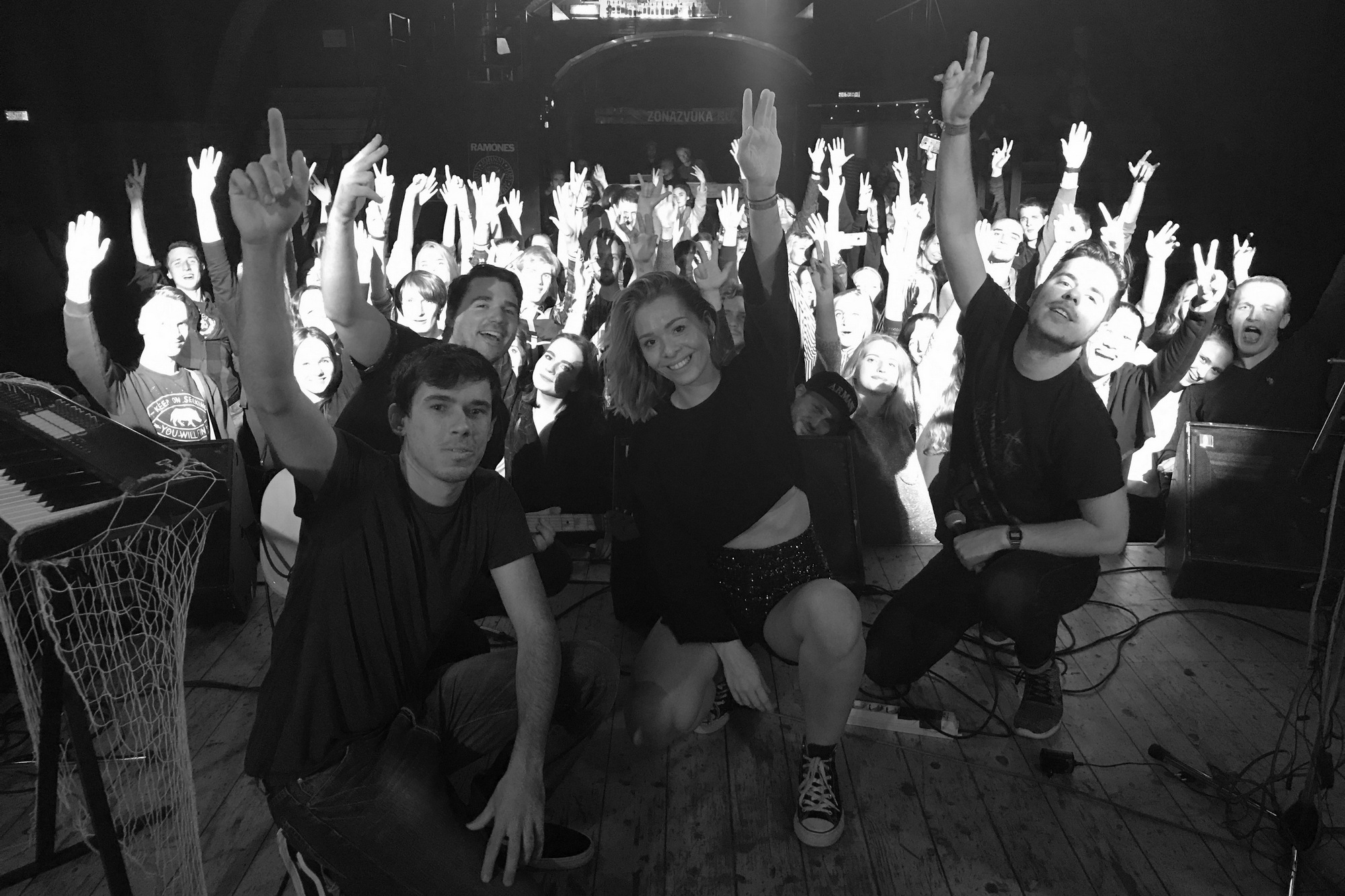 Belau has arrived from Russia with love

After their invitation to Moscow Music Week, Belau played two shows in Russia for the first time this weekend. After their packed debut show at Powerhouse they visited St. Petersburg’s MOD Club, and had a memorable time for an another full house event which they headlined. We hope that they’ll return soon – according to the photo above, they’d deserve it, especially as they’ve deserved the attention from Afisha to write an article about them. Fingers crossed. 😉 You can also catch Belau in the forthcoming weeks at Reeperbahn Festival in Hamburg, Waves Vienna in Austria and Liveurope Showcase in Czech Republic.