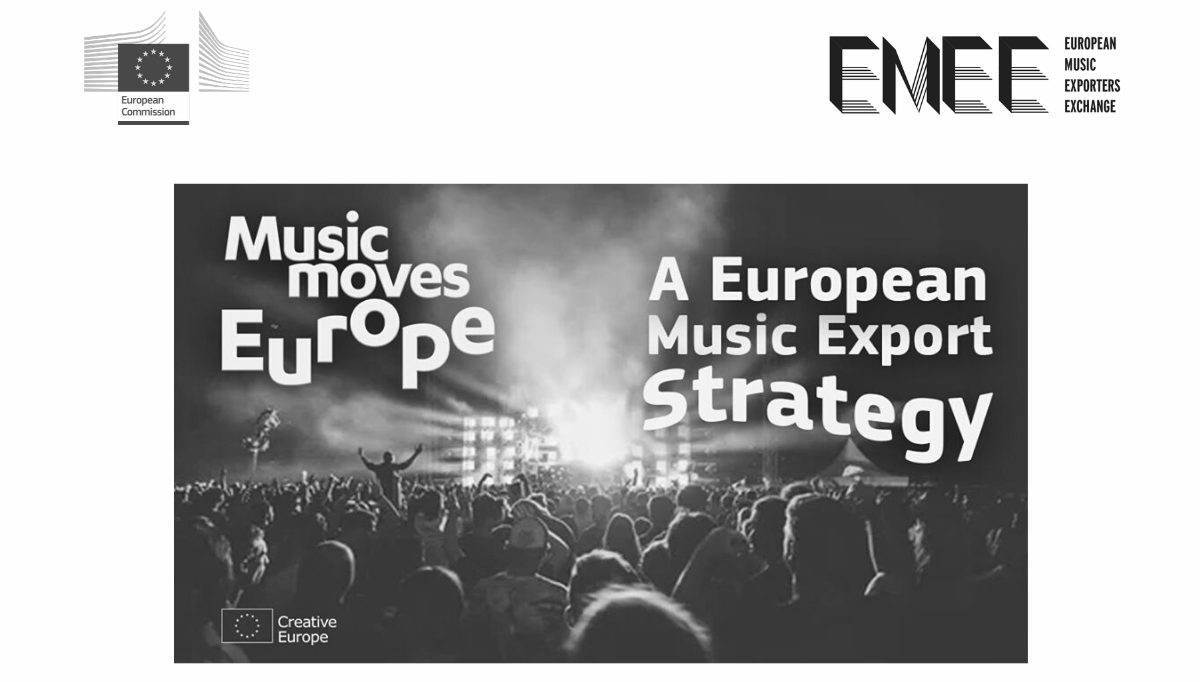 The European Commission has published yesterday a “Study on a European Export Strategy”, an in-depth analysis on the status of European music’s export capacity (both within the EU member states and internationally) outlining the main challenges of the sector and proposing practical solutions to enhance and strengthen the competitiveness of Europe’s music sector on the international market.

The research – which is the product of a year-long work carried out by a consortium of partners led by Le Bureau Export with MICA, KEA and Factory 92 – looks into the main issues, opportunities and operational tools to increase the cross-border circulation of European repertoire in the world. The analysis is an effort to define those issues and come up with a toolbox to address them in a practical manner that can be carried out by the European music sector with the Commission’s support, with the ultimate aim of promoting Europe’s music diversity and talent beyond European borders.

EMEE has been deeply involved in this research. Experts from the network have compiled international reports on key markets such as Canada, China and South Africa, while the whole network has elaborated and fine-tuned the strategy included in the Study out of the analysis done throughout the year of the research. Furthermore, all the European music export offices have participated in a survey to map the different EU countries’ export strategies, including us: in fact, the study also took stock of existing national strategies and initiatives (including those co-funded by the EU) to encourage the cross-border circulation of emerging talents and repertoire within and beyond Europe, and test ideas for promoting music export in the future, including through Creative Europe.

The publication is the result of a call for tenders launched in 2018 as part of “Music Moves Europe”, the initiative through which the European Union looks at new ways to articulate dialogue, policy and support for the music sector in Europe. The main objectives and toolbox included in the Study were tested and widely accepted by representatives and stakeholders from across the music sector in Europe at the first Music Export Conference held in Brussels in October 2019 and organised by our partner, Factory 92.